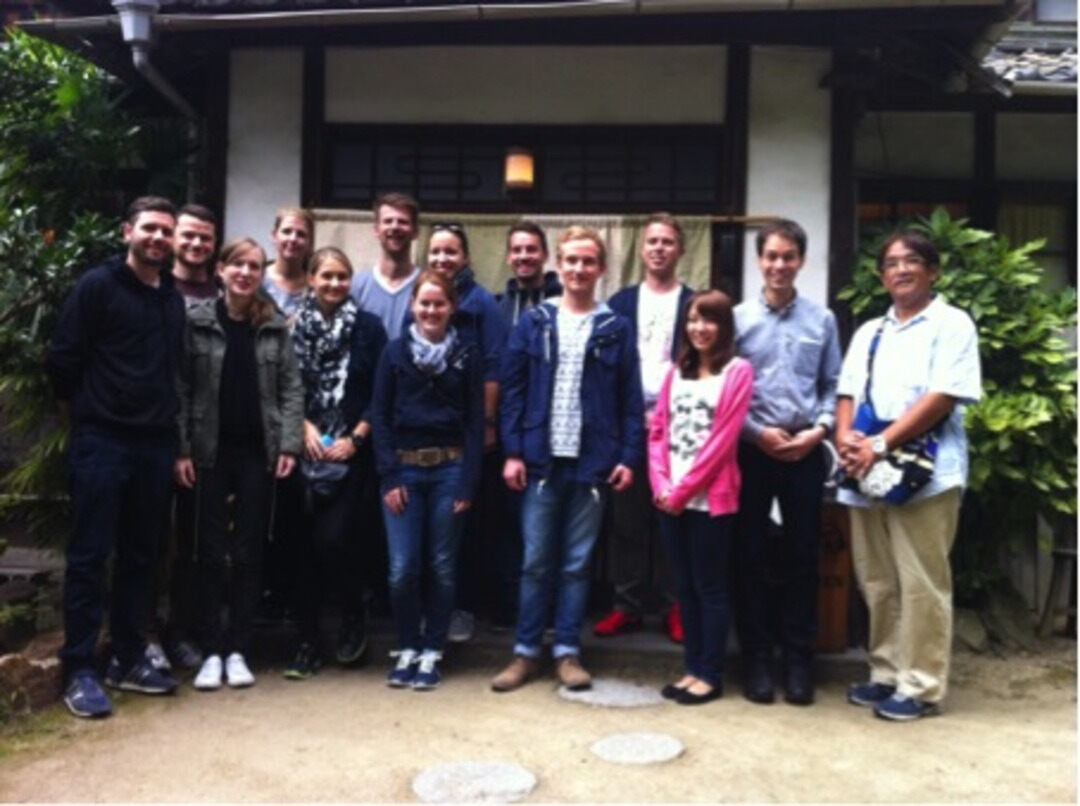 Concepts for adapting settlement areas to structural and demographic change

Ten students of spatial planning took part in the two-week International Summer Academy Japan 2014 in September 2014 following a successful selection procedure. This consisted of an excursion week in cooperation with the Department of Urban Planning, Urban Design and Land Use Planning at Osaka University and a one-week planning workshop at Meiji University in Tokyo together with students from the University of South California.

For the last decades, highly developed industrial societies have been affected by processes of structural change. Economic changes and social differentiation, regional shifts of emphasis, reurbanization and re-profiling of locations are just as present as symptoms of demographic change with aging and shrinking. Japan is currently even more affected by this change than most Western European countries and North America and is facing the resulting challenges with its own development strategy priorities.

The focus of the one-week excursion to the metropolitan regions of Osaka & Kyoto, Kansai, and Shikoku was the examination of urban district renewal under the conditions of structural and demographic change. During the first week of the excursion, the focus was on successful local urban renewal strategies. These included selected residential and infrastructural areas of the oldest large Japanese housing estates from the 1960s, which are currently undergoing generational change. In addition, a round trip through the neighbouring region visited the stabilisation strategies in peripheral areas, sometimes on the islands of the inner-Japanese Sea and in adjacent regional centres, and discussed them with the actors on site. The programme also included an excursion to projects of the renewal programme of the historic old town of Kyoto. Overall, the focus was on the interaction between physical reconstruction and the role of local initiatives and their networks of actors. Backgrounds of the genesis and implementation of the concepts were discussed with their representatives and the results achieved were discussed. In Osaka, the focus was on measures for inner-city profiling under further support programmes of the country as well as local revitalisation concepts of the city and local active groups. There was also some time left for the urban development highlights such as a visit to the new highest building in Japan.

The summer school took place within the framework of LODE-PORT - International Excellence School of Innovative Approaches in Regeneration Planning and Design of Low Density Urbanized Polycentric Regions in Transformation. The program was developed and prepared together with the students. The participants received a certificate after successful participation.