Mix in a block: living above trade and industry 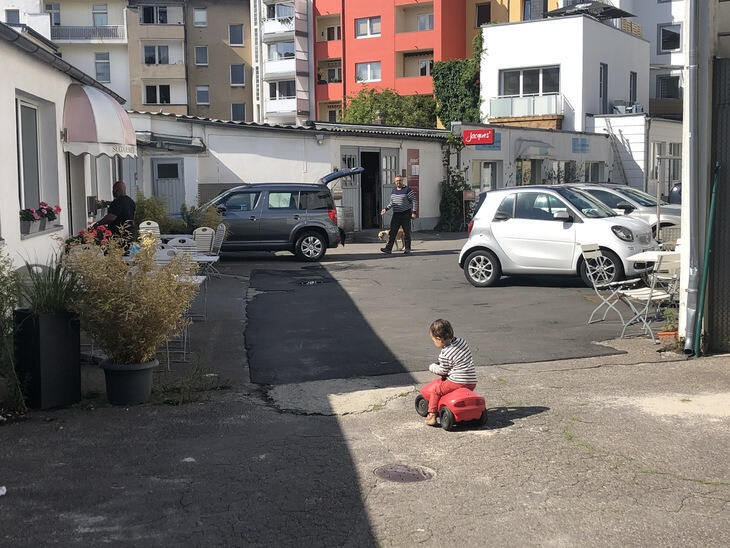 The project is dedicated to the planning of existing industrial sites against the background of a lack of space, mobility, climate change and climate adaptation, global trends of digitalisation and new production methods as well as developments in the world of work. These present industrial estates in particular with the task of flexibilisation of use and structural and functional adaptation and the design of the associated planning processes and actorus-related framework conditions. In addition, in the context of the ongoing urban redensification and the resulting conflicts of land use, planning law, construction and process-oriented solutions are sought for the symbiosis of business with other uses in the settlement area, including in particular housing construction. These solutions will be developed in cooperation between planning science disciplines and actors from municipal land, construction and infrastructure planning as well as from trade and industry and housing on the basis of concrete case study rooms. They will be deepened in joint workshops or conferences and the needs and possibilities for action will be reflected by existing political planning instruments.

At the beginning of the 20th century there was a fundamental break in the history of the city: Based on the assumption that different functions have negative influences on each other if they are located in close proximity, many similar programmes were developed in which the separation of production, housing and consumption was propagated. The garden city concept of Ebenezer Howard (1902), the Charter of Athens (1933) by a group led by le Corbusier, the Structured and Open City by Johannes Görderitz and others (1944/1957) recommended the programmatic separation of functions in the city for future urban development. Up to the present day, production and crafts in particular, but increasingly also retail trade and services, have been separated from housing as an urban function worthy of protection.

With the criticism of mass housing construction in the post-war period, the urban planning and architectural language of modernism changed since the 1980s. The human scale and traditional urban forms regained their appeal. Nevertheless, the actual mixture of functions remained rather rare, despite various attempts to approach, for example, the Wilhelminian style quarters.

This is still the case today. Mostly pure residential quarters alternate with commercial areas on the outskirts of the city, while living has again been largely displaced from the city centres. With the appeal for the return of a traditional European city in the Leipzig Charter and the changing framework conditions and preferences, the reurbanisation in Germany has led to a greater densification of inner-city neighbourhoods. Gaps between buildings and former industrial sites are being converted primarily for residential purposes and built on accordingly. Inner courtyards, in which traditionally small businesses and supplementary services have benefited from flexibility of ground floors and inner block areas, are also increasingly occupied by housing or are being shifted in favour of green spaces. A recent study by ILS Dortmund, RWI Essen and RWTH Aachen University found significant displacement of trade and services in all post-conurbation areas in Germany's seven largest cities. Yet it is precisely the urban mix that makes the city quarters attractive. In addition to emission standards, which regulate in particular the mutual noise and protection effects of different uses, there are also conceptual and procedural models for construction investments - the high degree of specialisation and the need to secure investments play a role in monostructural developments such as pure residential areas. Industrial estates also initially offer companies more flexibility for the very different life cycles and requirements.

Problem: Structures built as monostructural uses are already less flexible in the medium term when it comes to conversion, less resistant in crises and less sustainable. The separation of functions also leads to a less effective use of space in terms of intensity, density and during the entire time of day than combined uses. It thus increases the lack of building land and the growth of settlement areas. Urban spaces such as industrial estates remain pure monofunctional, undesigned spaces. New residential areas, although in many places they adopt the form of a classic city with perimeter block development, suffer from local undersupply as well as underuse and desertification of public space and are dependent on external trade and service locations. This promotes the so-called dependent transport needs: Travel by car instead of walking.


It is much more difficult to make building structures, once they have been erected, more flexible than to establish structures that are flexible in terms of use.

Within the framework of the topic "Mixing in Block", the following sub-topics and others can therefore be dealt with, including

The project combines several initiatives in teaching and research, among others within the RWTH research network 'Making of Housing' and the ILS focus project Arrival Neighborhoods.