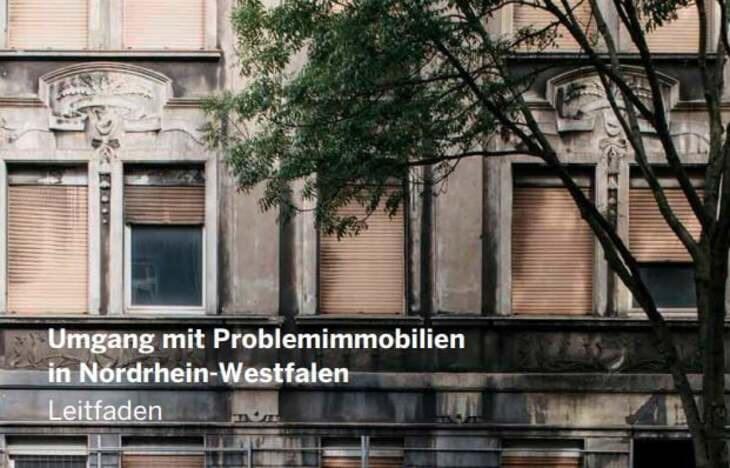 Compendium for dealing with so called problematic real estates

Vacancy, structural neglect or overcrowded apartment buildings - phenomena like these are not uncommon in North Rhine-Westphalian major cities and cities. Such properties are referred to as "problematic properties". They were the focus of discussion at the Symposium on Dealing with Problem Real Estate and its Consequences in North Rhine-Westphalia on 2nd October 2019 at the Chamber of Crafts in Düsseldorf. A new compendium for dealing with problematic real estates which the Department of Sustainable Housing Development contributed to was introduced at the symposium.