You Are Here: Towards Adaptive Cities? 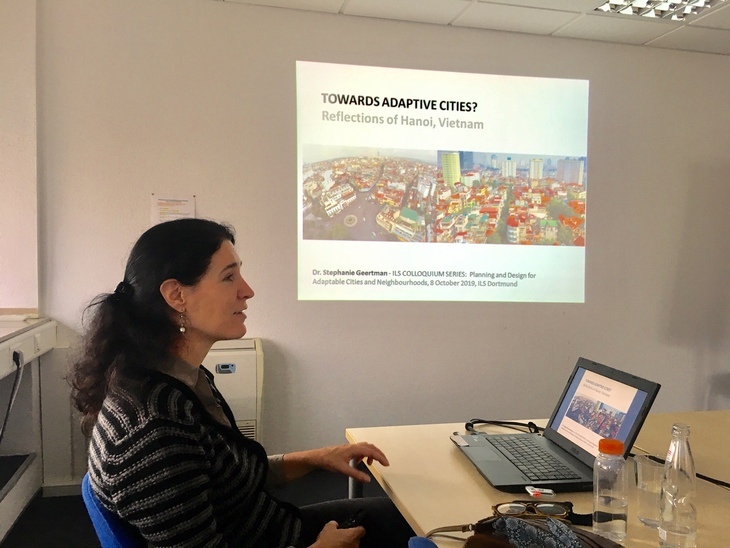 Reflections on the case of Hanoi, Vietnam

Urban planning and design traditionally focus on the build city. However there is a discrepancy between how cities are build and how people live in them: “The build environment is one thing, how people live in them another”, Richard Sennett 2018, i. The adaptive city, as raised by this seminar could be understood in several ways. It could refer to the build urban environment as being adaptive to change, i.e. buildings resilient for change, it could also be understood as the non-build urban environment adaptive to change, i.e. the organizing system resilient to change. This lecture conceptualized the adaptive city as being both: the build form of the city will be related to the anthropology of the city and vice versa.

Building on discourses that highlight how spatial engagement works through multiple levels, as a complex continuity between political, socio-economic, cultural spheres of life, the lecture showed that the key aspect for adaptive cities is the room available for negotiation that allow different actors to make decisions over the use and design of space in a particular context. Furthermore, the lecture made a side step to the East Asian context, which historically knows an organizing system - including planning – which due to its plural non-linear character seems more adaptive to change then conventional planning as we know it in Europe. Drawing upon empirical data collected in the capital of Vietnam, Hanoi, it provided hands-on insights in how such a non-linear - more complex - urban system works. In Hanoi the political-economic planning system allows everyday practices of ordinary citizens to gradually evolve into major transformation of the socio-political as spatial-cultural urban landscape.

Stephanie Geertman is senior researcher at the research group Psychology for Sustainable Cities, at Amsterdam University of Applied Sciences. She studies urban everyday spatial politics and spatial practices of ordinary citizens. She studied this in three domains: informal housing, youth and public space, and the creative urban sector. Most of this work relies on empirical research in Vietnam where she worked as international advisor for the UN, NGOs and practice and resided for 12 years. Currently, she focuses on the role of everyday urban politics in creating inclusive and climate neutral cities. At the ILS she coordinated a EU proposal to transition six urban neighbourhoods in Europe, Latin America and Asia to renewable energy.