On the website www.ils-stadtregionen.de, users can now access online information on 33 German cities and their surrounding areas. The ILS - Institute for Regional and Urban Development Research thus makes available digitally processed data from its own monitoring system, StadtRegionen. 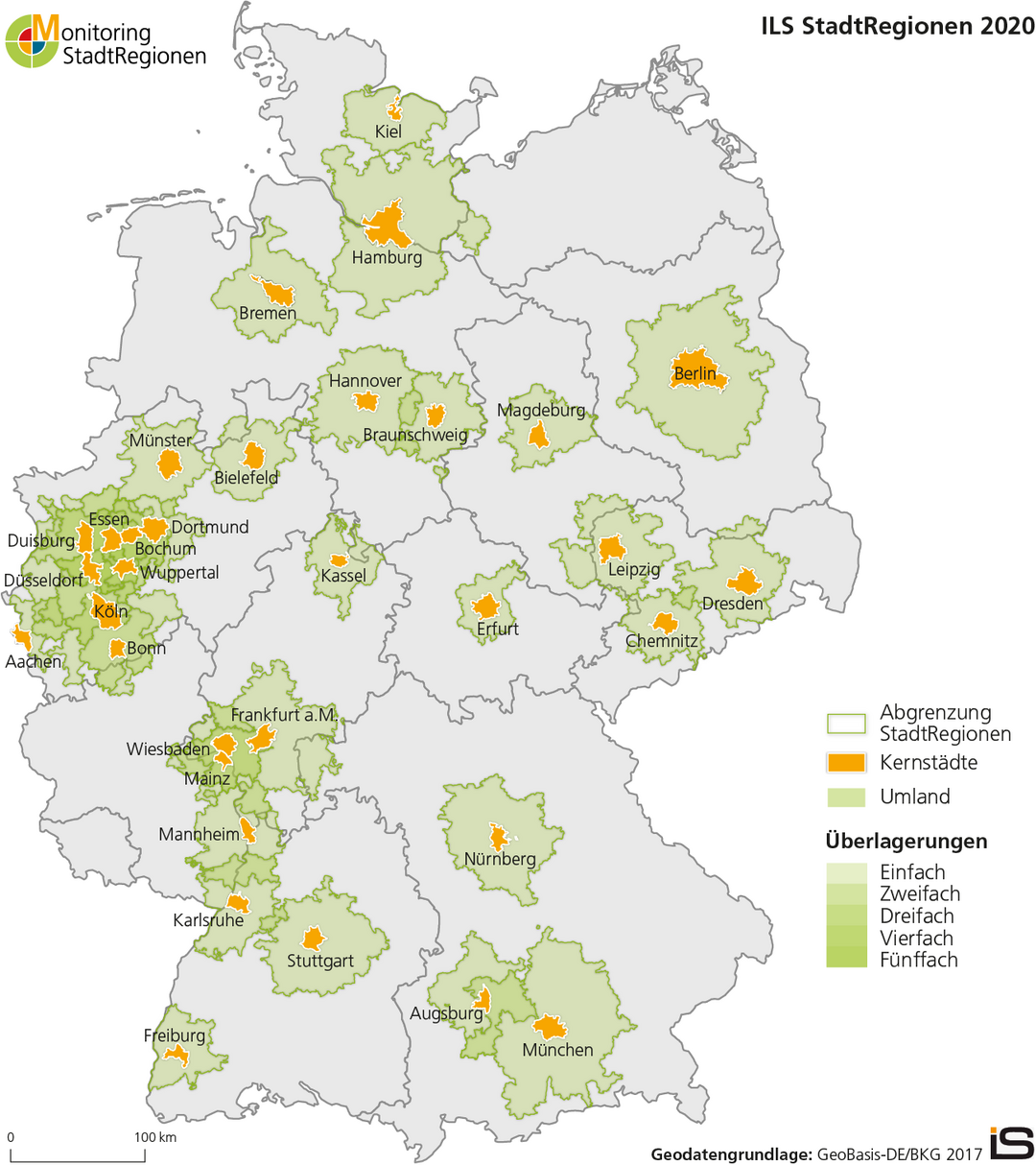 "For the first time, this website offers the opportunity to interactively explore trends in spatial development with selected indicators," reports ILS project leader Prof. Dr. Stefan Fina. "The data and presentations are prepared in such a way that disparate developments between the centres of urban regions and their commuter catchment areas can be identified, also in comparison with areas outside the urban regions and the trends in Germany as a whole.

In order to develop this application, the ILS Geoinformation and Monitoring Division has harmonised time series from regional statistics and from the holdings of the Federal Employment Agency from 2001 to 2017 and, in a first step, converted them into core indicators for the thematic areas of population, employment, social affairs and land use. "The interactive map presentation and graphics provide an overview of spatial development in German cities and their surrounding areas over the past almost twenty years and allow trends of concentration and displacement to be traced," says Fina. Further supplementary indicators, for example on the subject of mobility, will follow.

For the interactive WebGiS, the development of which was supported by the MagicMappingClub Berlin, the above-mentioned data series from the regional statistics of the statistical offices of the Federal Government and the Länder have been prepared in recent months. It is aimed at spatial scientists as well as at interested parties who want to learn more about their region. In addition to regional comparisons, it is also possible to trace differences between the core cities and surrounding municipalities of individual city regions. In this way, the application provides research data to help users understand the differences in spatial development in regions such as Berlin, Düsseldorf, Chemnitz or Kiel. In addition, compact profiles with the most important selected information on a StadtRegion are available for download.

Methodological notes: The definition of a StadtRegion is based on the assumption that commuter networks have a significant impact on the relationship between the core city and the surrounding area and can also overlap (e.g. in the Ruhr area or the Rhine-Neckar region). By definition, cities with a population of at least 200,000 persons and 100,000 jobs subject to social insurance contributions and by means of the catchment area of the core city in driving time minutes are referred to as StadtRegion. These large cities have a special functional role for their surrounding area and a superordinate central-local importance as economic nodes and employment centres.